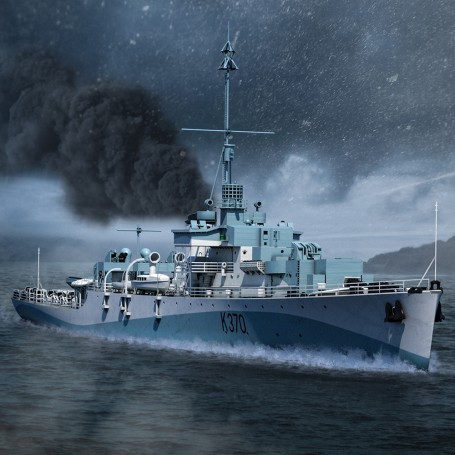 About the River class frigates :

During the Battle of the Atlantic, the Flower class corvettes were soon overwhelmed by the number of U-boats, and their limited performance in ASW fighting. So a new class of escorts with better capabilities was designed, that gave the River class frigates, of which 151 examples were built. They gave sterling service during the war, but ten were lost, nine torpedoed and one by mine. Many ships were transfered to allied navies, six of them to the French Navy under the names of: L’Aventure, La Découverte, L’Escarmouche, La Surprise, Croix de Lorraine et Tonkinois. The River design was the basis for the US Navy Tacoma and Royal Navy Colony classes.